His was a name I first heard around a prayer table in a mid-week service. What I gathered at the time was that a young man named Zane Williams had made the decision to leave Virginia Tech to enroll at Piedmont International University in North Carolina to pursue Biblical studies in preparation for what, presumably, he'd decided would be a career in Christian ministry. Piedmont International is a decidedly Christian Institution that’s been responsible for the training of thousands of Christian leaders and influencers since 1945. I surmised that this was a fellow who was pretty serious about his commitment to Christ.

That first mention of his name had been a couple years back when I was still quite new to the Riverview Baptist Church community. Now, Zane was back in town on an internship right here at his home church as part of his senior program of education at Piedmont. I decided I wanted to interview him for a spotlight piece. 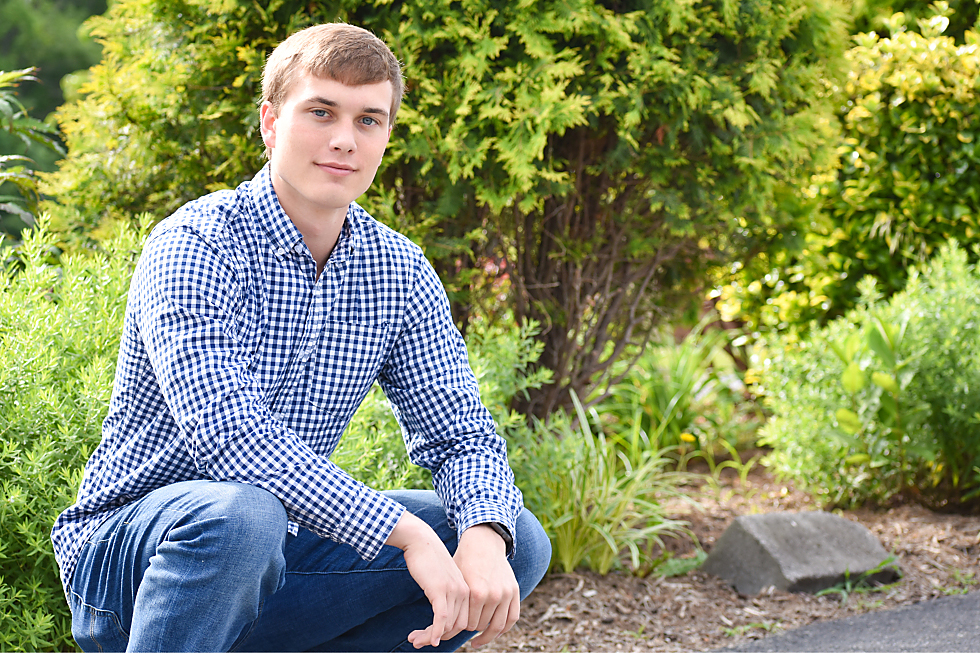 I was planning that rendezvous when I heard that he had been invited to give one of two keynote addresses at the baccalaureate service of the Giles High School. Evidently, there were more than a few who thought highly of Zane.  I attended the event to get a glimpse of him in action, and what I saw was a polished chap of 21 (he told me his age later) whose delivery was made with calm, leveled poise, and centered unapologetically on the Gospel. Quite clearly, this was a man with a passion for the Gospel of Jesus Christ.  We sat down for a little conversation a few days later.

"Tell me about how you came to know Christ as Savior." I began.

"So, early in my life - I think it was about eight years old - I made a profession; I think it was at a Powerteam event. But I didn’t really understand the Gospel. I just saw other people making the decision so I just thought 'oh, I’ll go up too.’ It really wasn’t until the Summer of 2017 on a missions trip to Guatemala that I really came to understand the Gospel - that it’s not just mere profession and that it’s not just a knowledge that Christ died for my sins, but that it was actually believing and that saving faith is required. It was really at that point in my life that I started living the Gospel.  That was when I first saw genuine fruit in my own life and where I had a real desire for God and for his word.

Riverview Baptist Church has been taking teams on mission trips to Guatemala yearly for more than a dozen years. “How many times had you been to Guatemala?” I asked.

“I’ve been twice.” He said. “The 2017 Summer was a week-long trip, and then the following Summer I went for a month.”

“What was it about that trip that had such an impact on you?"

"I think it was just spending the whole week serving others." He explained. "I just fell in love with ministry and I just challenged myself to really get into God’s Word the whole week. Every morning I was spending time in my Bible, and it was really at lot of reflecting on my life that I knew that I wasn’t saved because my whole life was completely contrary to the Gospel. I was not living for Christ. So, it was one Thursday morning when I was just looking over the lake and I was like ‘God, whatever you want me to do with my life, I’m ready. I’m committing my life to you."

"And at this point you were a student at Virginia Tech?"

“Yeah. I’d just finished my first year.” He paused for a moment and when he spoke again there was a smile in his voice. “It probably was a radical decision to transfer, but I knew that I wasn’t loving what I was studying at Virginia Tech, and I just had a burning desire to use my career for ministry. So, I thought about transferring and I really had doubts myself. Even the first year at Piedmont I asked myself “is this actually right for me?” But after a couple of semesters I just fell in love with studying God’s Word.”

“Well, Zane,” I said, “that decision sure was a powerful testimony to many folks around here. Tell me about that. How exactly did that go down?”

"So, I was in Guatemala and we were on the long bus-ride home and it gave me a great opportunity to just talk things through. My best friend, Joey Powell, was considering going to Pensacola [Christian College], so we just talked about Bible college and I thought about it but I was pretty nervous and I was like ‘I don’t know if I can really make this transition over the Summer because it would be tough to get everything in to start in the Fall. Then I talked to Pastor Shahn and he advised Piedmont and that also gave me the opportunity to stay pretty close to home because it was just two hours away. So I enrolled at Piedmont with Pastor Shahn’s guidance. Ward Harris and Jay Smith also advised me that Piedmont was a great choice, and I’ve really loved my time there.”

"So the pastors helped you choose which college, but the decision to transfer to one was yours." It really wasn't a question as much as it was a restatement of what he had just expressed quite clearly to me.

“Yeah!” he emphasized. "I’d already made the decision that I really wanted to transfer and pursue a Bible degree. They just advised me that Piedmont was a good school to get that. So, in God’s providence, that’s where he put me.”

"So, what do you want to do with your life?" I asked as if the general thrust of the answer I was going to get wasn't already obvious.

“I really want to be a pastor.” He said. “ I have a passion for ministry and just teaching God’s Word. I’ve also considered being a Greek professor because I love language study, and my professor at Piedmont is just phenomenal in the way he instructs us and the way he’s structured our class. I’ve developed a real passion for Greek.”

“Piedmont should be made to pay for this testimonial!” I joked in my head. “So, it’s going to be either a pastor or a Bible professor.“ I said out loud.

“Yes, sir! I’m leaning toward the pastorate, but I’m thinking that if I can give pastors a passion for original language study that that could be of great impact too.”

"If I may ask," I continued, "how did your family react to this sudden decision to leave Virginia Tech and transfer to a Bible college? Were they all on board?"

“Well, my mom was very supportive. My dad was supportive, but he advised me to be cautious because it was a big decision and it was rushed.” There was understanding in his voice. “So, I’d say I really had the support of both my parents, but some of my siblings were like ‘this is a little radical.’ They were just looking out for me because it was such a big decision in such little time switching colleges and my whole major.”

"So, no regrets?" I quizzed with a smile.

The response came without a moment’s hesitation. “No regrets at all.”

Well, I thought to myself, here was a fellow who travelled all the way to Gautemala to minister to others and got ministered to himself. On a spot overlooking a lake way down there in Mesoamerica, Jesus Christ captured a heart. I suppose the first disciples would say that the Lord always had a knack for doing that sort of thing.