They’re dubbed "The Greatest Generation," and there’re not too many of them left.  They’re also known as the "G.I. Generation" and the "World War II Generation," and I had the privilege last Thursday of sitting down with one of the genuine American heroes born in the early 1900s who fought for the cause of freedom in World War II.  His battle was the infamous Battle of the Bulge. 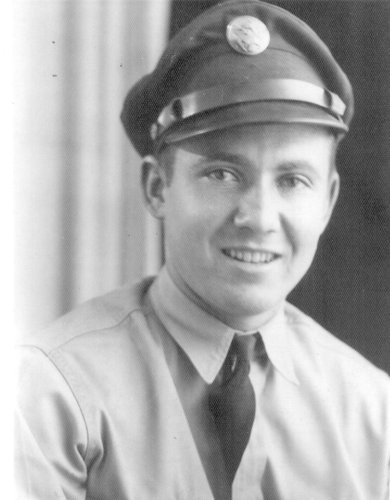 Heroes tend not to be men and women who revel in spotlight and praise, and Billy Via is no exception.  At almost 95 years of age, Billy was exceedingly gracious in his talk with me, and yet I got the distinct impression that he felt like too much was being made of his military service.  This man was 18 years of age when he joined the army to fight for his country.  This man saw combat in the Battle of the Bulge!  It was “only for a few days,” he reminded me, but that battle lasted only 40 days.  Every soldier who fought in that particular campaign fought for “only a few days.”

When we sat down in his living room for our chat, he had a few notes prepared.  He was lucid and in pretty good shape for a man of 95, but his memory, he explained to me, was not at all what it used to be.

“I jotted down a little information I thought you might want.” He began. “I went in in March of ’43 and was there ‘til ’46, so I was in for 32 months.  I took basic training in Portland, Oregon. Went overseas in September of ’43. We docked in Scotland, went from Scotland to Ireland where I was assigned to the 307th Quartermaster Core.  Went from Ireland to London, and from London to Paris.”

It was from Paris that Billy Via was commissioned to the Battle of the Bulge serving with the 3rd Army, 80th Blue Ridge Infantry Division under General Patton.  That battle was the largest and bloodiest conflict in World War II.

“I was just waiting with the expectation of being drafted.” He replied with a nonchalant shrug. “I really hadn’t thought about it in any other way.”

“Were you scared?” His daughter Vicki quizzed.

“No. I wasn’t scared.” He emphasized.

“You had a sweetheart at the time?” I asked. “How did she feel about you being drafted?”

“Of course she didn’t like it, but I wasn’t in but a short while. I went in in March and got married in June.”

“Oh!” I exclaimed.  “You were already in the military when you got married.”

Vicki, who was sitting with us laughed. “That’s how he got her to marry him!” She offered. And we all laughed at that.

We talked for a while more about the war; I took a few pictures, shook his hand and said my goodbyes. That’s the stuff heroes are made of, I thought.  A young newlywed fearless in the call of duty to serve his country where the risk is nothing less than the ultimate sacrifice, and now, all these many years later, he’s still just a humble, gracious Christian man who understands the gratitude he receives, but certainly not craving it.

Billy is a recipient of the Bronze Star and is the one of the oldest members of Riverview Baptist Church.